San Jose State senior forward Rudi Castro (San Jose, Calif.) assisted on all three goals in a 3-2 overtime win at Utah Valley. Castro leads the nation in assists per match, has led the Spartans to a current six-match unbeaten streak and four-match winning streak, and is one assist away from becoming the first Spartan in 21 years to crack the top-10 on SJSU’s single-season passing list. On the women’s side, TCU senior midfielder Yazmeen Ryan (Norman, Okla.) had a hand in all four goals scored in the Horned Frogs 4-0 victory over Oklahoma State. She assisted on the first and third goals of the game. Ryan’s first goal of the game came off a set piece from just outside the 18. Her second goal was an individual effort from about 25 yards out. She has played a part in all six goals TCU has scored in the spring.

In NCAA Division II, Northwest Nazarene senior midfielder McKenzie Buell (Arlington, Wash.) assisted on three of the four goals in a 4-0 victory against Western Oregon. Buell leads the Nighthawks in assists with seven for the season.

In NCAA Division III for the third week in a row, Westminster College (PA) senior forward Nick Iregui (Gig Harbor, Wash.) extends his Westminster career point’s record to 104 with a goal against Grove City. On the women’s side, Westminster College (PA) junior goalkeeper Camille Holzschuh (Youngstown, Ohio) corralled a game-high ten saves in the complete-game effort against Grove City. This marked Holzschuh’s second game this season with 10+ saves in a contest. 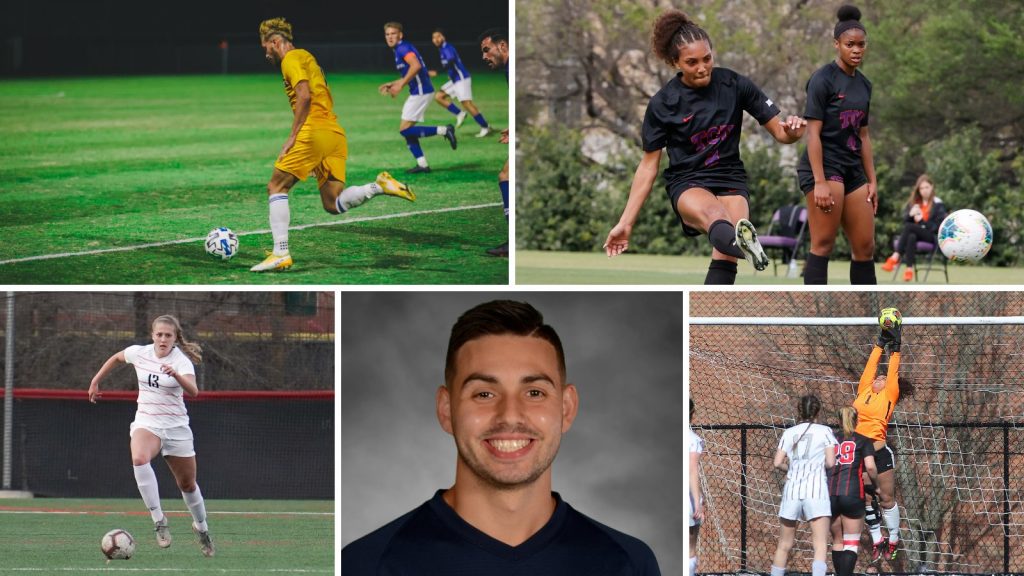