KANSAS CITY, Mo. (Oct. 6, 2022) – United Soccer Coaches is proud to announce Schellas Hyndman as the 83rd recipient of its Honor Award, in recognition of a career of meritorious service to the association and outstanding contributions to soccer in multiple areas and levels of the game.

Presented annually since 1942, the Honor Award is the most prestigious accolade bestowed by the association to an individual. It will be presented at the annual Awards Banquet on January 13, 2023, in conjunction with the United Soccer Coaches Convention in Philadelphia, Pa.

“I’m extremely honored to receive the prestigious Honor Award from United Soccer Coaches and to join the list of previous award recipients, who are legendary names in the 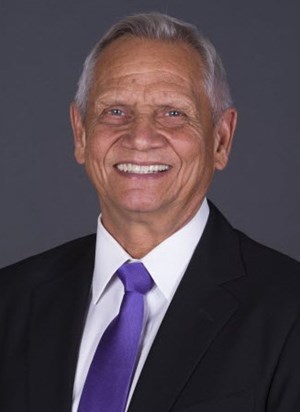 game of soccer,” said Schellas Hyndman. “Throughout my 46 years as a member of United Soccer Coaches (formerly NSCAA), it has become my soccer family. I have made lifetime friendships with my colleagues and have grown as a coach and more importantly as a man. I’ve been blessed to have the support of my family to live my life in the game of soccer.”

A member of the association since 1976, Hyndman has been a longtime member of the association’s coaching academy teaching staff and has the title of Director of Coaching Education Emeritus. He was a member of the Board of Directors culminating with his term as President of the organization in 2005. He was named the recipient of the Mike Berticelli Excellence in Coaching Education Award in 2007 and the Bill Jeffrey Award for longtime service to college soccer in 2011. In 2020, Hyndman was inducted as a member of the United Soccer Coaches Hall of Fame, following an illustrious career as a coach at the college and professional levels.

“On behalf of United Soccer Coaches, I would like to congratulate Schellas for being selected as this year’s prestigious Honor Award recipient,” said Ashlee Fontes-Comber, United Soccer Coaches President. “With this award, we are honoring Schellas as a distinguished member of the coaching community for his significant contributions serving the game within the association and beyond.”

A native of Macau, China, Hyndman and his family immigrated to the United States in 1957 and grew up in Ohio. He graduated from Butler High School in Vandalia, Ohio, and attended Eastern Illinois University on a soccer scholarship where he was a part of the 1969 NAIA National Championship team as a freshman. He earned his undergraduate degree at EIU (1973) and later a master’s from Murray State University (1975). After two years in Brazil teaching and serving as a club staff coach, he returned to the United States and began his collegiate coaching.

Hyndman was head coach of FC Dallas in Major League Soccer from 2008-13. During his time with the team, he was named 2010 MLS Coach of the Year and made an appearance in the MLS Cup final in 2010 losing to Colorado.

Hyndman is now retired in Dallas, Texas, with his wife Kami. He has three children, Tony, Tamara, and Jaime, and two grandchildren, Emerson and Wade. His grandson, Emerson Hyndman, currently plays for Atlanta United in Major League Soccer. He continues being active for the association and will serve as a coach educator for a group of member coaches attending the 2022 FIFA Men’s World Cup this fall in Qatar.