KANSAS CITY, Mo. (Oct. 10, 2019) – United Soccer Coaches is proud to announce Mike Curry as its 2019 Honor Award recipient in recognition of a distinguished career, tremendous service to the association and exemplary contributions to the coaching profession and beyond. 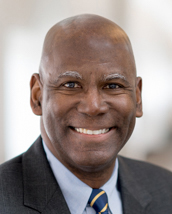 The award will be presented at the annual Awards Banquet on Jan. 17, 2020, in conjunction with the United Soccer Coaches Convention in Baltimore.

“I am truly grateful and honored to receive the Honor Award. I am fortunate to work with so many terrific people who love the game of soccer as much as I do,” said Curry. “Their advocacy, support and guidance over the years has helped me to give back to this beautiful game that has given me so much. I share the accolades of this award with my soccer family and all who have supported me.”

Curry has been recognized for his service to the association, receiving its Certificate of Appreciation, the Presidential Recognition Award, Letter of Commendation and most recently he was presented the United Soccer Coaches Foundation Meritorious Service Award last January.

“I am thrilled that Mike Curry has been selected to receive the Honor Award,” said Jeff Farnsworth, United Soccer Coaches President. “He has done so much for our association and the game. He is a quality person that has touched the lives of so many people.”

Curry has been the chair of the Local Organizing Committee for five Philadelphia conventions. He served as a Chair of the Black Soccer Coaches Association and chaired the Diversity and Inclusion Committee. He is a United Soccer Coaches Academy Staff member and has been a Convention clinician multiple times.

Curry has held positions with Maryland Youth Soccer’s Olympic Development Program and as both a Board Advisor and Academy Staff Coach for FC Delco Soccer Club. He served as chair of the Philadelphia Union Foundation for the last eight years.

He began his soccer career as a player at the U.S. Naval Academy under legendary Hall of Fame Coach Glenn Warner. After two years he transferred to the University of Baltimore where he finished his career as a goalkeeper, earning the university’s Junior Kelz Scholar-Athlete Award.

After college he entered the corporate world, but kept close ties to the soccer community. In August 2011, he was asked by then-U.S. Men’s National Team Coach Jürgen Klinsmann to serve as an assistant coach for the team’s game versus Mexico. He was one of several coaches that helped Klinsmann begin preparing the team for the 2014 FIFA World Cup.

He was recognized by Savoy magazine as one of its 2010 “Top 100 Most Influential Blacks in Corporate America.” He recently retired as a Principal for the Vanguard Group, Inc.

Awarded annually since 1942, the Honor Award is one of United Soccer Coaches most prestigious accolades. Curry becomes the 80th recipient of the award in the association’s storied history.