KANSAS CITY, Mo. (Oct. 8, 2020) – United Soccer Coaches is proud to announce George Perry III as its 2020 Honor Award recipient in recognition of a distinguished career, tremendous service to the association and exemplary contributions to the coaching profession and beyond. 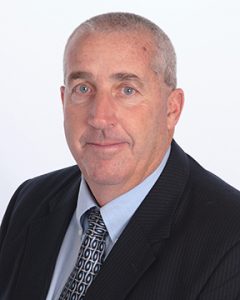 The award will be presented at the annual Awards Ceremony on Wednesday, Jan. 13, 2021, as part of the United Soccer Coaches Digital Convention.

“What an incredible honor to join such a prestigious group of men and women who have given so much to our association and our game,” said Perry. “I was completely caught off guard when informed by President Kevin Sims that I was the next recipient of the Honor Award. United Soccer Coaches has been at the core of my coaching experiences. I am so grateful to my family, mentors and the friends I have been fortunate to make throughout the years; this honor is because of you. From the bottom of my heart, thank you.”

In his 30-plus years as a United Soccer Coaches member, Perry has served in numerous leadership, administrative, and coaching roles within the association. He was a member of the former NSCAA Board of Directors, serving as the Region I Representative from 1986-91 and later served a term on the association’s Executive Committee from 2010-15 and was Association President in 2014.

He served on the association’s Youth Long-Term Service Award Committee from 1997-2003 and was Chair of the Jerry Yeagley Award for Exceptional Personal Achievement Committee from 2005-15. He has been a member of the National Academy Staff since 1984, has been a Senior Academy Staff instructor since 1989 and also served as the Associate Director of Coaching from 1995-2000.

“To know George Perry is to know a person of steadfast loyalty, committed effort, and enduring passion for our beloved association,” said Kevin Sims, United Soccer Coaches President. “George has served the association and the game of soccer in numerous capacities, invariably making us better. A person of abiding principle, George continues the streak of recipients of the United Soccer Coaches Honor Award who ignites a joyous celebration.”

He has also been very active in the youth game. He was a New York West ODP coach from 1991-94, an Indiana State Youth Association coach from 1994-96, Coordinator of the U-6 Program for Crawfordsville (Ind.) Youth Soccer from 2000-05 and was an Indiana Boys ODP coach from 2001-05. He has served on the AYSO National Coaching Advisory Board since 2001 and is currently the Commissioner of the Indiana Soccer League, a position he has held since 2012.

Perry has been recognized for his service to the association, receiving the Mike Berticelli Excellence in Coaching Education Award in 2004 and was presented the Charlotte Moran Youth Long-Term Service Award last January.

Awarded annually since 1942, the Honor Award is one of United Soccer Coaches most prestigious accolades. Perry becomes the 81st recipient of the award in the association’s storied history.