Six Student-Athletes Honored as College Players of the Week – September 29, 2021

Second-year forward Theo Collomb (Cleremont, France) propelled UNC Greensboro to an undefeated game week with five goals and two assists, including a win over #2 Clemson. He had his first career hat-trick & two assists in a win over VMI. He scored twice against Clemson to help hand the Tigers their first loss of 2021.

St. Louis, Mo. native, Kirsten Davis, helped Texas Tech to a 2-0 week with four goals and an assist. She registered her first career hat trick versus Oklahoma, marking the 100th point of her career. Her goal Sunday afternoon against Kansas State put her in a tie for second all-time in the Tech record book at 41 goals.

In NCAA DII action, Giancarlo Saldana led the #5 West Texas A&M offense with eight points on three goals and two assists. The junior had a team-high nine shots with five landing on frame. He was rewarded his third assist of the season after finding Anthony Perea for the game-winning goal against #10 Midwestern State. He has been named the Lone Star Conference Offensive Player of the Week twice this season, leading the team and LSC with nine goals this season.

On the women’s side, Mia Klammer became only the fifth player in St. Rose Golden Knights history to score four goals in a game, the first time in the last 22 years. She netted six times against Pace and Bentley, and was named the Northeast-10 Conference Player and Rookie of the Week for the period ending Sunday, September 26.

The United States Merchant Marine Academy played three DIII matches this week and were led by senior defender Abram Ehrhorn. The Papillon, Neb. native registered three clean sheets at center-back, including two in Skyline Conference play, while contributing to the attack with three goals and one assist — notching points in each of the trio of contests. He bagged a brace at Purchase (including the game-winner) midweek, while adding an insurance tally on the weekend at Old Westbury.

Last but definitely not least, MAC Freedom Offensive Player of the Week, Jess Williamson (Lititz, Pa.) recorded three separate hat-tricks to finish the week with 11 goals and two assists for 24 points in a 3-0 week for the Delaware Valley Aggies. The first-year forward now leads all players in the NCAA with 14 goals and 33 points. In a win over Rosemont, Williamson tied a program record with five goals in the 9-0 win. She added three goals in a 4-0 win over Penn State Abington, and then recorded three goals and two assists in a 7-0 win over Brooklyn. 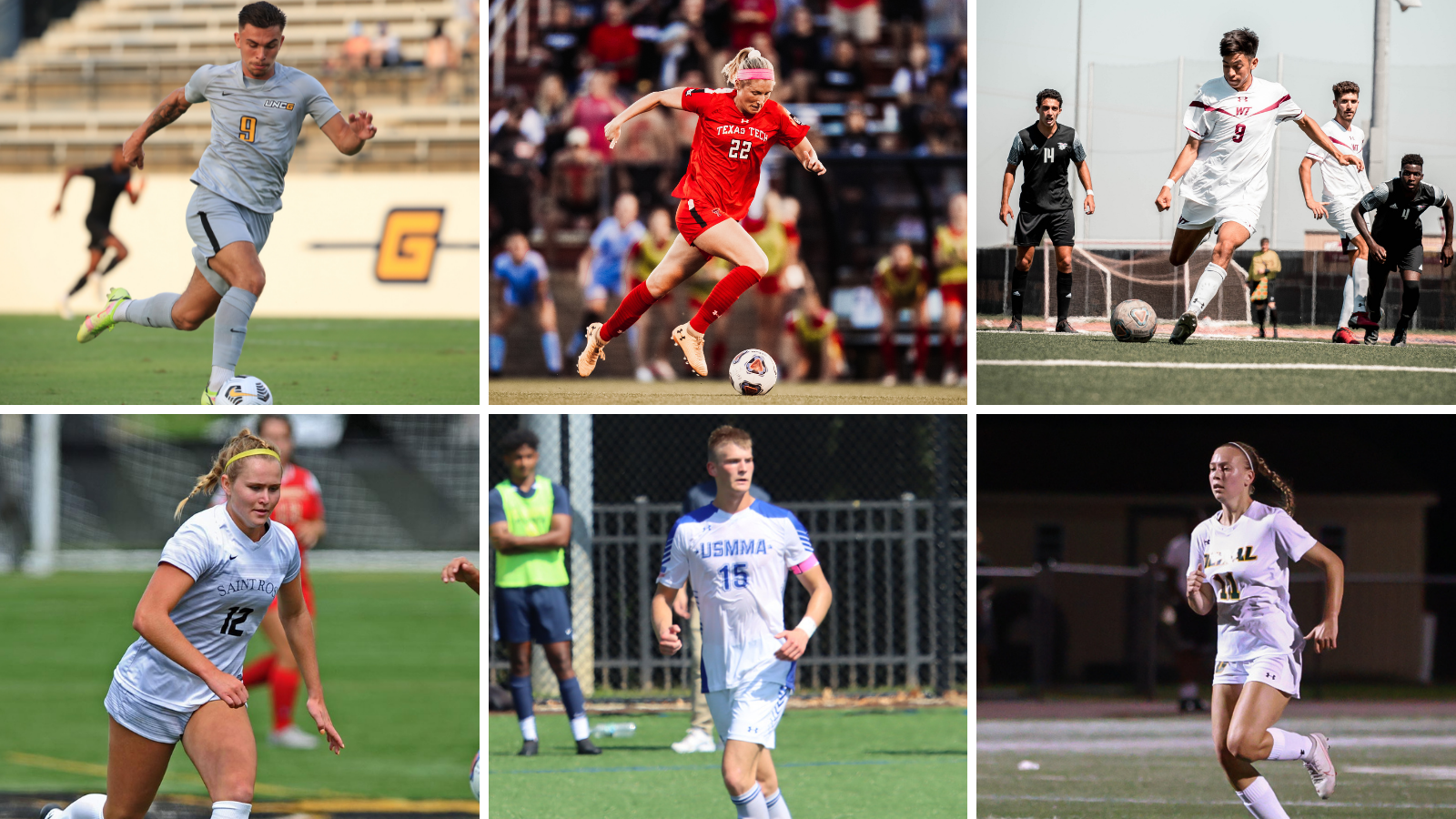