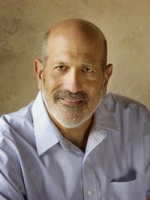 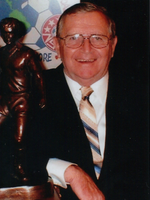 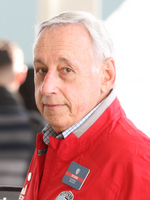 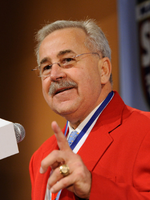 Al Albert, longtime men’s coach at the College of William & Mary in Williamsburg, Va.; Dr. Thomas Fleck, one of the nation’s leading coaching educators for over 40 years; Roy Gordon, celebrated men’s coach at University of Mary Washington in Fredericksburg, Va.; and Hank Steinbrecher, legendary servant to the game of soccer, will be honored at the annual Awards Banquet on January 13, 2023. The four individuals will become the 75th, 76th, 77th, and 78th inductees into the United Soccer Coaches Hall of Fame, established in 1991 to honor achievement by coaches with an emphasis on success and a lifetime devotion to the association and the game.

Albert served as the Head Men’s Coach at the College of William & Mary for 33 years (1971-2003), compiling a career record of 401-187-64 (.664). He had 29 consecutive winning seasons including 26 straight campaigns of 10 wins or more during his tenure. In his time as head coach, Albert led the Tribe to 11 NCAA Division I tournament appearances including two quarterfinals, in addition to being named a four-time Colonial Athletic Conference Coach of the Year and three-time United Soccer Coaches Region Coach of the Year. Beyond the collegiate game, he served as the United States Men’s Coach at the 1981 and 1985 Maccabiah Games in Israel.

Albert served for a long time on the United Soccer Coaches (formerly NSCAA) Board of Directors culminating with his term as President in 2008. He received the association’s prestigious Honor Award in 2011 and was the recipient of the Bill Jeffrey Award for long-time service to college soccer in 2003. One of the leaders in the establishment and growth of the United Soccer Coaches Foundation, he was the fourth recipient of the William Holleman Award for meritorious service to the Foundation in 2022.

Fleck, who passed away in 2011, will be honored posthumously. He was an NSCAA All-America player at West Chester University (Pa.) in 1957, became a candidate for 1960 U.S. Olympic team and played professionally for a short time for Philadelphia of the ASL. Fleck earned his Ph.D. from Lehigh University where he coached men’s soccer from 1969-1977. He then became the Eastern Pennsylvania Director of Coaching in 1978 and served as the first United States Youth Soccer coaching education coordinator in 1978. Fleck was the General Manager of the Philadelphia Fury in the North American Soccer League from 1979 to 1983.

He also served on the Board of Directors of United Soccer Coaches (formerly the NSCAA) culminating with a two-year term as President (1984-85). During his term as President, the association established its National Coaching Academy Program and youth soccer coaching membership grew exponentially. Fleck later served as Director of Coaching for state youth soccer organizations in both Florida and Idaho. He was the author of the first Official USYSA Coaching Manual and named their first recipient of the Excellence in Coaching Award now named in his honor. He was the recipient of the United Soccer Coaches Honor Award in 2004 and the first recipient of the Charlotte Moran Youth Long-Term Service Award in 1996. Fleck was honored with the Walt Chyzowych Lifetime Achievement Award in 2004 and was inducted in the West Chester University Hall of Fame in 2005.

Gordon began his coaching career at the University of Maine-Farmington in 1970, serving as head coach of both men’s soccer and baseball for the Beavers. Among his soccer players was Mike Berticelli who went on to a legendary coaching career of his own. Gordon initiated the soccer program at the University of Mary Washington in 1977 and the tennis program a year later. He served the school with distinction as a teacher and coach until his retirement 34 years later. He compiled a career soccer coaching record of 432-253-53 for the Eagles and was one of eight NCAA Division III coaches to have surpassed 400 wins at the time of his retirement. He was an eight-time Capital Athletic Conference Coach of the Year, five-time NSCAA Regional Coach of the Year, and the Virginia State Colleges Divisional Coach of the Year on four occasions. Gordon’s UMW teams played in nine NCAA tournaments and won eight CAC titles.

Following a long stint on the Board of Directors, he served as the 50th United Soccer Coaches President in 1998 and was the recipient of the Honor Award in 2009. Gordon was inducted into the University of Mary Washington Athletics Hall of Fame in 2011 and the Virginia/DC Soccer Hall of Fame in 2012. He has served a variety of positions on the United Soccer Coaches Convention Committee since 1985 and continues currently as Housing Manager for the event.

Steinbrecher began his coaching career at Warren Wilson College, where he served as head coach and athletic director. He coached at Appalachian State University from 1978-80, leading the team to three consecutive conference championships, and at Boston University from 1980-84. During his time at BU, he also served as director of the Boston soccer venue at the 1984 Olympic Games. In his coaching career he produced 14 All-Americans and 11 tournament teams. Steinbrecher was hired as the Secretary General of U.S. Soccer in 1990, a position he held until February of 2000. During his tenure, U.S. Soccer experienced unprecedented growth both on and off the field. He also served as the point man for the host federation for two of the most successful FIFA tournaments of all-time, the 1994 Men’s and 1999 Women’s World Cups as well as the 1996 Olympic soccer competition at the Atlanta Games.