KANSAS CITY, Mo. (Nov. 6, 2019) — United Soccer Coaches announced on Wednesday that Roy Dunshee has been selected for the Mike Berticelli Excellence in Coaching Education Award. He will be officially presented the award at the annual Awards Banquet on Friday, Jan. 17 at the 2020 United Soccer Coaches Convention in Baltimore. 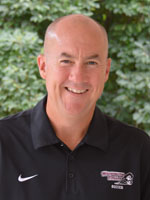 The Mike Berticelli Excellence in Coaching Education Award is named after the former United Soccer Coaches Director of Coaching and Vice President of Education. The award is presented each year in memory of the former Notre Dame coach, who passed away in January 2000, to a member of the United Soccer Coaches Academy Staff in recognition of positive contributions to the game of soccer and excellence in educating coaches.

“Roy Dunshee is very worthy recipient of the Berticelli Award,” said Ian Barker, United Soccer Coaches Director of Coaching Education. “Roy is a thoughtful and compassionate educator. He teaches “for” the individual coach rather than “to” the curriculum. His knowledge and expertise is top notch. More importantly, his ability to make material relevant and bring it to life in an engaging manner is second to none. His blend of experience, intellect, humor and care make him a great teacher and one I am proud to work with.”

Dunshee has served as an Associate Staff Coach since 2006 and National Staff Coach since 2010. He previously was a State Director for both Delaware and Maryland and has taught United Soccer Coaches Diploma courses in over 15 states. He was named the 2011 Associate Staff Coach of the Year. For the past 20 years he has been the Director of Coaching for Coerver United, and the Director of Player Development and Coaching Education for A3 Soccer Club where he continues to instruct both coaches and players at the youth level.

He holds his USSF A license, US Youth Soccer Y license, along with United Soccer Coaches National, Advanced National, and Premier Diplomas.

Dunshee is in his eighth season as head coach at Washington College in Chestertown, Md., where he’s guided the Shoremen to their best overall record since 2007 and the first Centennial Conference Tournament berth in program history. He was a successful high school coach, spending 10 years at St. Mary’s and Severna Park High Schools in Maryland before taking assistant coaching positions at Division I Northwestern University and Division III Amherst College.