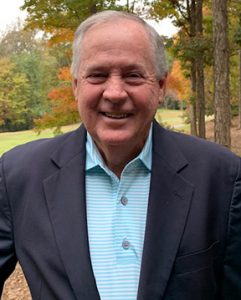 Established in 2018, the award recognizes an individual or organization that embodies the mission and vision of United Soccer Coaches Foundation and has demonstrated philanthropy with the Foundation, has paid it forward through the donation of time and/or monetary gifts and has gone above and beyond to help grow the Foundation’s philanthropic works.

“Bill was the driving force behind the idea of an institution and as coaches of giving back to our game especially to under-represented populations in the membership,” said Jeff Vennell, United Soccer Coaches Foundation Committee Chair. “He developed the early structure of the now United Soccer Coaches Foundation, began the initial fundraising efforts and most of all deserves immense credit for establishing the culture that has resulted in over 38 grants and scholarships being awarded for 2020 and an endowment that has grown to over $1 Million.”

During his term as association President, Holleman created a path for organizational philanthropy that awards annual grants and scholarships to coaches and organizations. Additionally, the Holleman Family made the historic contribution to cross the $1 million threshold for the endowment.

For over 40 years, the Durham, N.C. native has been a teacher, coach, and athletic administrator. He graduated from Campbell College where he played for the school’s soccer team and was named to the All-Decade Team for the 1960s and was inducted into the university’s athletic Hall of Fame.

He served as the Detroit Venue Executive Director for the 1994 FIFA World Cup and a year later served as the President of the Olympic Soccer Organizing Committee for Birmingham, Ala., one of the venues for the 1996 Atlanta Olympic Games.