“Rob really reimagined this role that has served as the advocate for men’s and women’s college soccer with all of the institutions that impact it,” said Lynn Berling-Manuel, CEO of United Soccer Coaches. “He will be truly missed. However, I’m excited for him as he steps into this next stage of his life.” 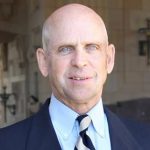 Kehoe served in the role since 2008 expanding its scope as the primary liaison and advocate for college soccer with the NCAA, NAIA and others while also serving as the facilitator between the association’s college coaches and MLS, NWSL USL, and U.S. Soccer. Among his many achievements, he represented United Soccer Coaches in spearheading the creation of the Intercollegiate Coach Association Coalition (ICAC) that has helped defend non-revenue college sports in this time of COVID-related cost cutting. From 2008-12 he also managed the association’s College Game of the Week with FOX Soccer Channel.

“It’s been a most enjoyable and rewarding 12 years with United Soccer Coaches serving the college soccer community,” said Kehoe. “Moving forward, I will be devoting much of my professional energy to continuing with the ICAC, as well as developing a mobile platform that advances a holistic model of athletic education for team building, leadership training, and skill development.”

Kehoe will serve as the president of Winning Ways Training, along with founding partners, Robert Kehoe III (his son), and movement training expert, Steve Myrland. He will also be helping his Down Syndrome son, Nathan, in managing his art business. [LINK]

The search for Kehoe’s replacement will begin immediately. Former University of Washington Head Coach Lesle Gallimore will chair the search and screening committee comprised largely of college coaches from all divisions of both the men’s and women’s game.

The position will work closely with United Soccer Coaches’ college-level committees, which encompass all levels and divisions of the men’s and women’s games and are composed of representatives from every conference. This role will help guide this advocacy position in representing college soccer voices.

Applications for the College Programs Officer position are now being accepted. The job posting is available here. The deadline to apply for the position, which reports directly to the CEO, is Dec. 20, 2020.