KANSAS CITY, Mo. (Nov. 19, 2021) – United Soccer Coaches announced on Friday its 2021 Member Club/Youth Awards for its Coach of the Year and All-America programs. The awards were selected from online nominations received from members who were a part of the association’s Member Club program in 2021 and/or youth coaches who are individual members of the organization.

Youth Coach of the Year 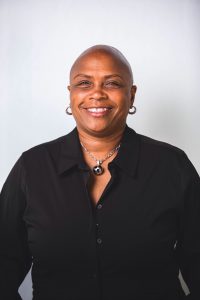 The 2021 Youth Coach of the Year is Kim Crabbe of Wilmington, N.C. Crabbe serves as the Outreach Program Director of the Wilmington Hammerheads Youth Football Club and is still active coaching youth of all ages. In a week, she can personally share soccer and life skills with over 800 at risk and underserved youth within her community. She loves to coach kids of all ages and they love to play for her.Ironically, Kim is called “Crabby” by soccer friends and colleagues alike despite her infectious charm and love of the game. The native of Reston, Va., Crabbe played college soccer at George Mason University near where she grew up and in 1985, she led that team to an upset of perennial national powerhouse North Carolina to win the NCAA Division I National Championship. She went on to become the first African American woman to play on the United States Women’s National Team under North Carolina’s legendary coach Anson Dorrance.Crabbe has received citations and awards too numerous to mention but she is particularly proud to be a member of the Virginia-DC Soccer Hall of Fame. In 2018, United Soccer Coaches presented her with their Black Soccer Coaches Advocacy Group Award of Excellence.

Twenty-five players received recognition as 2021 Member Club/Youth All-Americans for both boys and girls. Tyler Isgrig of Arlington, Texas, from the Solar Soccer Club is the Girls Player of the Year. Miles Avery of Gaithersburg, Md., from the Bethesda Soccer Club is the Boys Player of the Year. These two players are bolded in the lists below.The following are the alphabetical lists of the All-Americans: