See the Game in a New Way

As a coach or administrator, you may be somewhat familiar with color blindness in a general sense. Color blindness is the inability to perceive colors in the same way as others. It is an invisible disability and one of the world’s most common genetic conditions and can sometimes be acquired later in life.

If you are not familiar with its effects, and don’t take steps to address it, it may rob some of your players of their best performance, which could be the difference between a win, and a loss on the field. It’s time for you to take color blindness more seriously if you don’t already.

About 1-in-12 men, and 1-in-200 women are color blind to some degree. It is found in every community in the world, but its prevalence varies with ethnicity, and is more common to people of North American and European heritage (1 in 10). The hard fast numbers to consider as a coach is that in typical male team of 25 people, at least one player will be color blind.

While it does affect one’s ability to distinguish between different colors, it does not affect visual acuity. There are three main types of color blindness:

Most common problems are telling the difference between Reds/greens/yellows/oranges, or between blues/purples/dark pink. Cases of total color blindness are very rare. There are cases of acquired color blindness being reversed, but typically there is no cure for most cases.

The most apparent issue for the soccer community (players, coaches, staff, referees, and fans) is when a team’s uniforms clash with the other team’s field players, goalkeepers, and sometimes the actual pitch being played on. Other issues may involve the equipment being used. Balls, cones, vests and line markings can make it very difficult for a player with color blindness to perform at their best.

How can we as coaches and administrators help?

Give some consideration to the uniform colors for your team. The more colors involved, the more likely it will cause problems for those who are color blind. Be mindful of the Goalkeeper colors as well. A green uniform will look very similar to a field player wearing yellow. Short and sock colors are a consideration as well. If possible, have socks match either the color of the shirt or shorts so they can be easily distinguished at a glance. 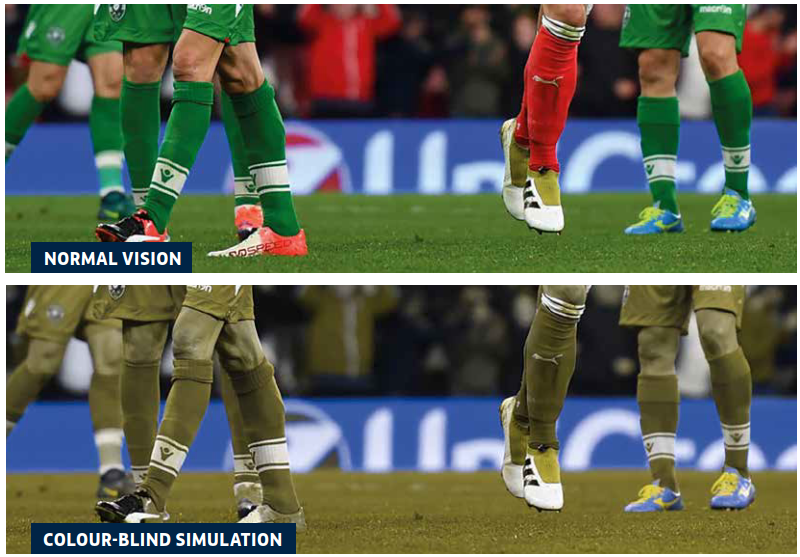 Some of the better color combinations to combat the effects of color blindness are:

Patterned uniforms can add difficulty as well. Single color uniforms may clash with the color of the field as well as you can see below: 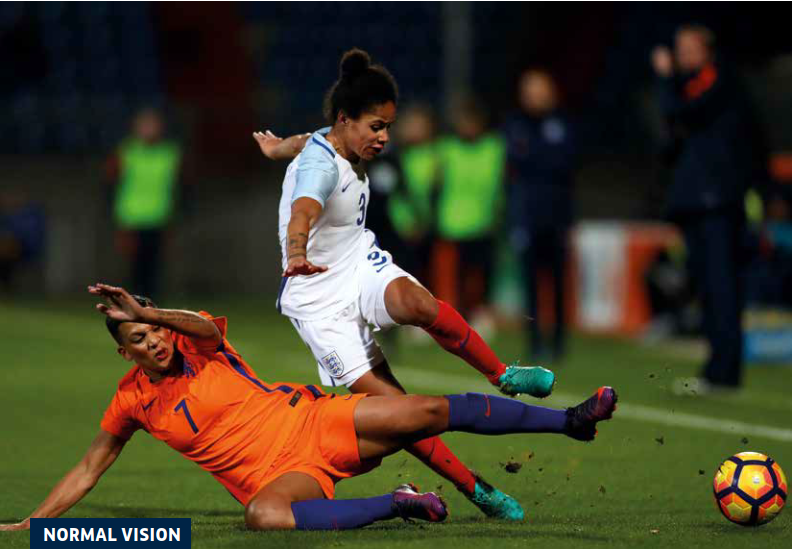 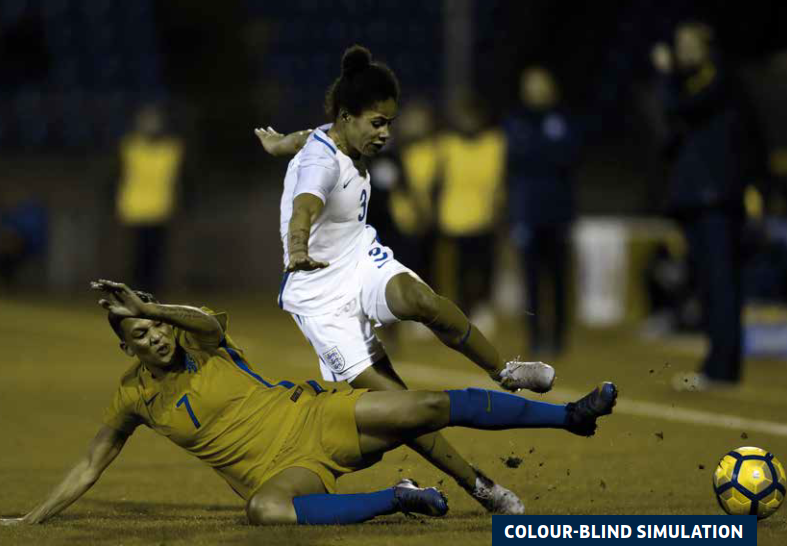 The colors most likely to be clash with the field are all red, green, orange, grey, silver and gold. 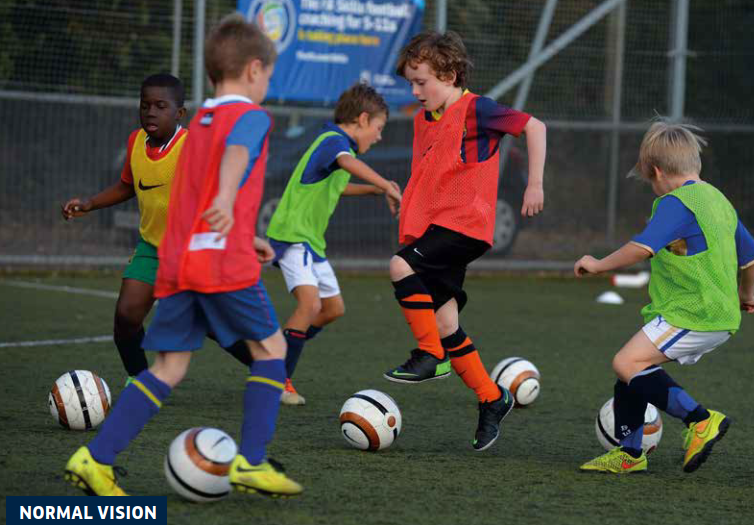 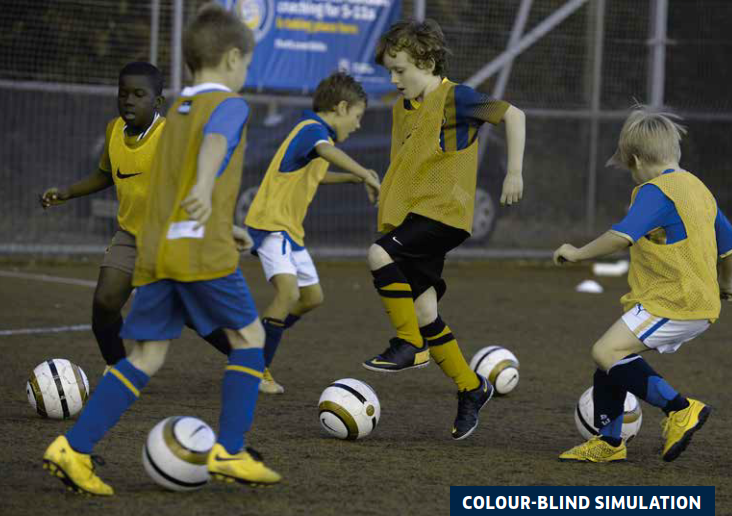 Balls: Try to use balls with as much white surface area as possible so it contrasts against the green of field. Avoid single color balls in red, orange, green, or pink. 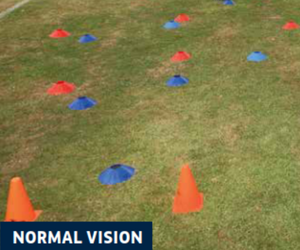 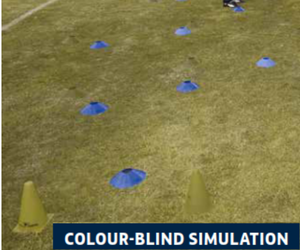 Lines: The best choice is always white for green fields.

Technology: Be mindful of the colors you use for lesson plan graphics or any presentations you might use.

As stewards of the game, and of those involved in it, it is in everyone’s best interests to accommodate the needs of color blind players in order to help them play with confidence, without any disadvantages that could be easily avoided. Start thinking about the ways that you and your programs can better accommodate players with a color blind disability.