As the Coaches Community Relations Manager, Michael will work closely with each Coaches Community to amplify member voices and move diversity and inclusion initiatives forward for both the membership and the National Office.

“We are beyond excited to add Michael to our team at the National Office,” said United Soccer Coaches CEO Geoff VanDeusen. “With his extensive background in soccer and his passion for the Coaches Communities, Michael is the perfect choice for this extremely vital role to the association.” 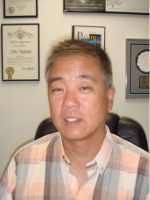 Starting at the youth coaching level, Michael led teams at the recreation, club, and high school level. He served as the boys’ varsity soccer coach at John Burroughs High School for 30 years, winning over 300 games and 11 league titles, in addition to reaching the CIF Southern Section finals (1994), Semi-finals (1993), and Quarterfinals (1998 and 2008). His players have gone on to play for junior colleges, universities and professional levels of soccer. This includes 1 All-American, 35 All-CIF, and 7 League Player of the Year award winners.

In addition to his experience as a coach, Michael has been involved with soccer as a clinician and instructor, running soccer camps and participating in a variety of soccer projects. His passion for coaching education has led him to many soccer certificates from his participation in special topics as well as local and regional soccer events.

He has served as a volunteer scout for many universities and colleges, helping to identify and select student athletes. Mr. Kodama has been selected to coach six high school all-star teams.

Michael started his career working in the UCLA Athletic Department, responsible for marketing soccer, basketball and gymnastic programs. He has co-authored or been featured in a number of professional books and written articles related to transportation planning, parking management, youth sports, and soccer.

Michael has an M.A. in Urban Planning from UCLA and taught transportation planning at USC. In addition to soccer, he has spent his career working with a diverse group of communities, helping them to implement a wide range of projects as well as environmental justice and equity initiatives. For the past 13 years, he served as the Executive Director of Eco-Rapid Transit, a joint powers authority consisting of 11 cities and an airport dedicated to collaborating together to build a train line and creating economic and community development opportunities.

“I am excited to be joining the United Soccer Coaches team in Kansas City and to work with the Coaches Communities,” said Michael Kodama. “I look forward to working with everyone to build upon our association’s effort to foster diversity, equity and inclusion.”