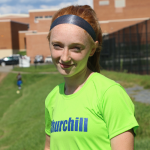 Olcott was named to the 2018 United Soccer Coaches All-America Team after being All-State, All-District and a two-time All-Metro Player of the Year for Winston Churchill High School. She scored 18 goals and recorded 17 assists in her senior year while maintaining a 4.75 grade point average in the classroom. She will matriculate to Villanova University this fall where she has a chance to make an immediate impact for the Wildcats in her freshman season of Division I college soccer. 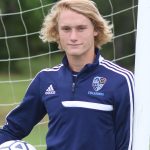 Tootle was named to the 2018 United Soccer Coaches Boys Fall All-America Team after leading his Swansboro High School team with 12 goals and seven assists in a season cut short due to Hurricane Florence. He was also named the North Carolina State Player of the Year, only the second player ever to be named to this honor from his district. He will continue his education this fall and play Division I soccer at the University of North Carolina Wilmington.

In addition, the 2018-19 High School Boys and Girls Scholar All-Region honorees have also been announced and can be found here: Boys | Girls.