Palmer Ault tallied a brace in consecutive matches, adding two assists for 10 points on the week. On Monday, he was announced as both the BIG EAST Offensive Player of the Week and Freshman of the Week. Against Lindenwood, he scored the first two goals of the match and assisted on the next two. Against UConn, he scored the first and third goals in the 4-1 victory, both on headers off of crosses.

Michelle Cooper turned in an impressive week with four goals and two assists for 10 points as fifth-ranked Duke defeated Boston College (3-0) and No. 22 NC State (6-0). On the road at NC State on Sunday, Cooper collected two goals and two assists for a career-high six points to spark the Duke offense. Cooper took only three shots and scored two goals, including the game-winner. The 6-0 win at NC State was the largest in the series history.

Del Castillo continues to be a force for the Gannon men’s soccer team, as he had another prolific offensive week. He scored a hat trick on Monday against D’Youville (just two days after another hat trick vs. Wheeling), and followed that performance up with two more goals (Gannon’s only two of the game) in the 2-0 win over Slippery Rock on Saturday.

Andrea Fernandez displayed amazing consistency in two games last week, scoring two goals in each game. The sophomore from Pozoblanco, Spain, scored both Flagler goals in a 2-1 win over Tampa with the game-winner coming in the 85th minute. She then scored the final two goals in Flagler’s 3-0 win over Georgia College & State University. The first came as she drilled a free kick from 30 yards away into the upper 90, the second also unassisted as she cleaned up a loose ball in front of the net, one-touching it in for a 3-0 lead.

Evan Solley allowed just one goal while making 17 saves in a 3-0 week for the Golden Wolves. Solley made five saves in a 1-0 shutout win over Rutgers-Camden, then followed that with another five saves in a 3-1 win over Susquehanna. The sophomore goalie capped the week with one of his most impressive outings of the season, making seven saves against No. 16 Montclair State in the 1-0 win, recording his fifth shutout of the year.

The senior forward scored twice and added an assist in the Duhawks’ 4-0 win at Lawrence University, then scored two goals and two assists in the team’s 6-0 win over Nebraska Wesleyan on Senior Day. She totaled a stellar 11 points in those two games as her six points on Saturday night tied a career-high she had set back in 2019.

Donovan Palomares recorded two more shutouts last week. He played 75 minutes in a 5-0 win over Glendale and the full 90 in a 2-0 road win at Chaffey. He’s recorded five straight shutouts (3 solo). He’s been in net now for 473:35 of the Warriors current streak of 501:25 without allowing a goal.

The freshmen midfielder led her team to a 9-0 victory over Foothill. Ramirez scored a pair in the first half and closed the game with five goals on the day, leaving her tied with the school record single-game goals mark that was set by Bonnie Zuniga in 2016. 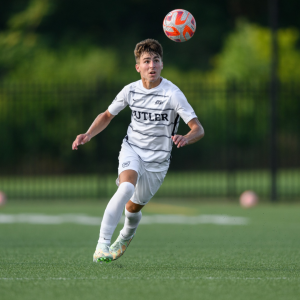 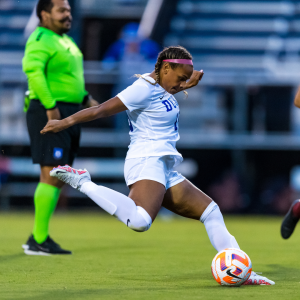 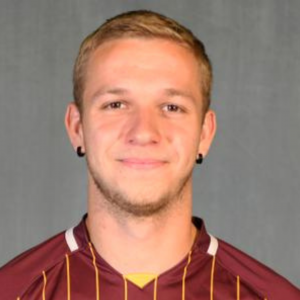 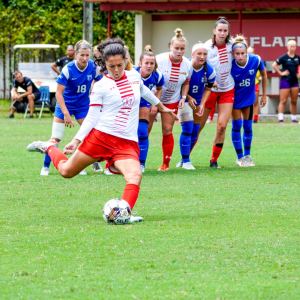 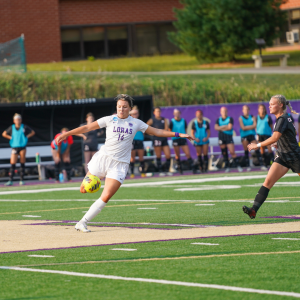 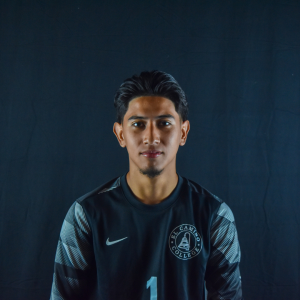 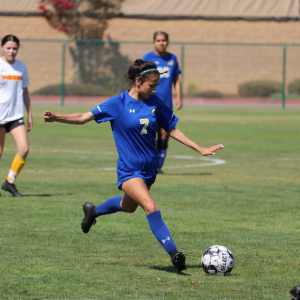