A Trip to the Champions League Final

United Soccer Coaches Past President Barry Gorman (2002) traveled to Madrid to take in the UEFA Champions League Final on June 1 between Tottenham and Liverpool. He shared some of his thoughts, observations as well as some of the photos he took along the way.

Day 1
Madrid airport is buzzing, but at the moment Liverpool fans seem to be out numbering Spurs followers. Nice to see so many international fans converging to support their team. Police presence is noticeable but low key.

The city center is packed with fans of both clubs and hundreds of supporters seeking tickets.

Day 2
The day started with a breakfast conversation with soccer fans who came all the way from Hong Kong. Pointless to mention who they were supporting in this match. But truth be told, two follow Manchester United and the other Chelsea. 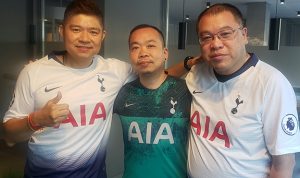 Killing some late morning time watching Real Madrid TV. A walk around the neighborhood close to our hotel demonstrated that in Madrid you can easily find a soccer field.

Back at the hotel GOL TV was showing youth soccer games. Proof once again that in America we have a long way to go.

After lunch it was off to the stadium.

The main thing you learn when attending big games is to get there early and be prepared for the public transportation crush. Fans travel to Atletico Madrid’s stadium via the metro system. Sixty eight thousand fans converging on the same place is something all true soccer supporters, players and coaches should be a part of.

Watching on TV can never come close to being there in person to experience the passion and thrill of a truly great “football” event. From the warm-ups to the opening ceremony, to team introductions.

A final day in Madrid would not be complete without a visit to the Santiago Bernabeu Stadium. Every soccer fan, player and coach should have this on their “football” bucket list. Home of Real Madrid. With its famous trophy room and marvelous historical museum.

Of course, for any coach, no stadium tour is complete until you stop in the locker room.

Truly an inspiring facility for any coach who enjoys the game. 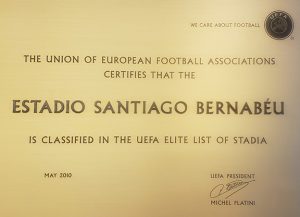 Tomorrow off to Portugal and the Nations League semifinal and final.