Home » About » History » The Red Aprons

— Board of Directors
— Committees
— Published Minutes

The History of the Red Aprons

The Red Aprons story begins with the 1986 Annual Convention in St. Louis, Missouri. Prior to that Convention, then National Soccer Coaches Association of America’s first Executive Director John McKeon and his wife, Laura, handled registration duties by themselves.

With growth in membership and Convention attendance, the McKeons recognized they would need help. John contacted two college coaches who lived relatively close to St. Louis (Mickey Cochrane and Bob Nye) about lending a hand. For 1986, the registration team consisted of the McKeons, Cochrane, Nye and two of Nye’s players at the College of Wooster. 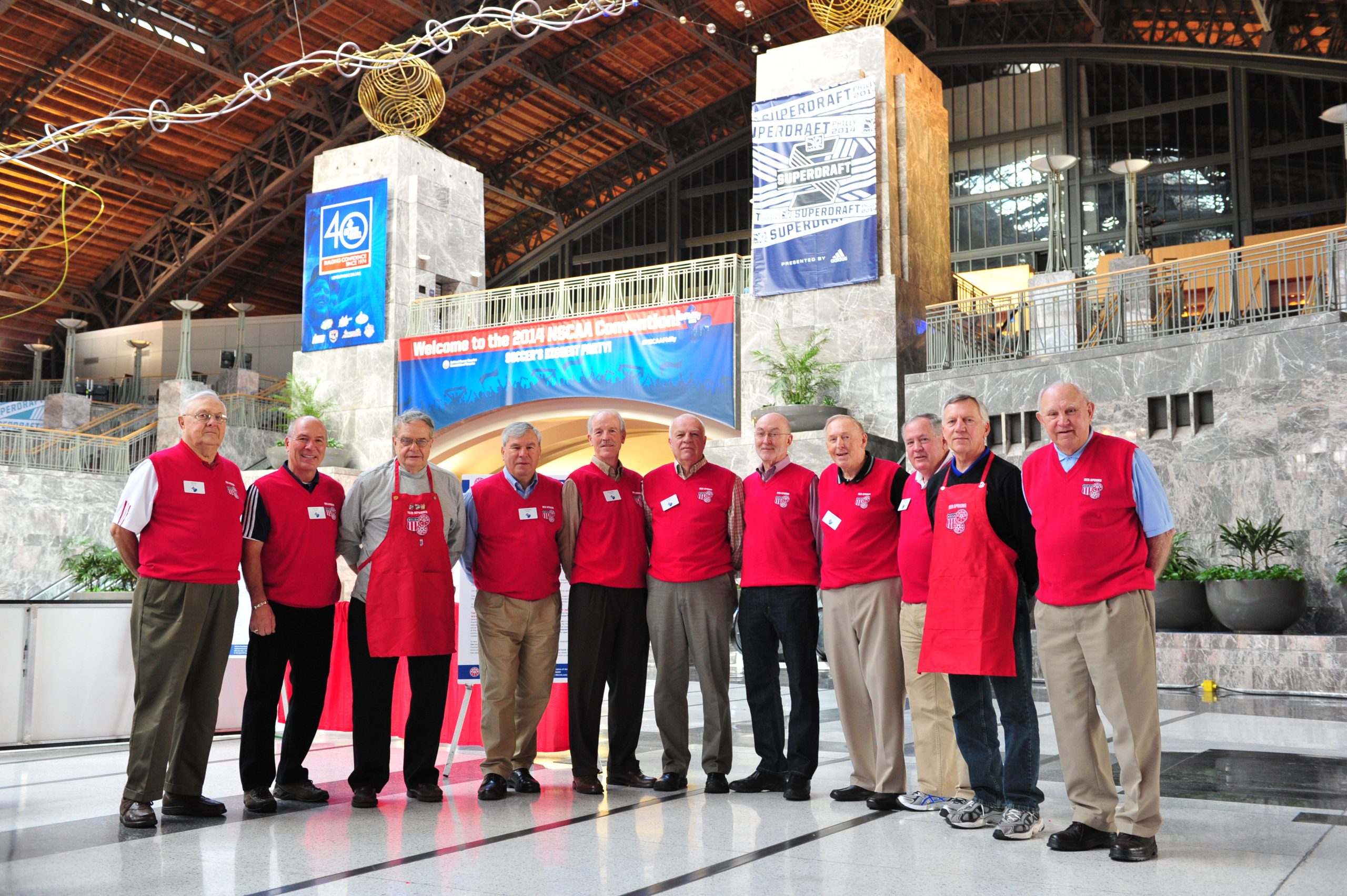 “We were still just a bunch of guys opening packages and stuffing registration packets.”

For the 1987 Convention in Boston, Mass., John asked Cochrane and Nye to return. In place of the Wooster players, Alden “Whitey” Burnham, Terry Jackson, Irv Schmid and Bill “Shelly” Shellenberger joined the team.

When the now eight-person team convened in Crystal City, Va., for the 1988 Convention, Schmid opened a closet in the hotel’s designated registration area and found what appeared to be some useful items.

Chief among those items was a pile of red aprons. These particular aprons had pockets where one could keep scissors and other useful tools. More importantly, these aprons could keep one’s clothes clean when stuffing materials into packets for those attending the convention.

It turned out these aprons had been left behind from a previous convention (a gathering of Russian conventioneers—hence the color red). Cochrane asked the hotel convention service representative if the registration crew could have them. They were told to keep them, and from that year forward, the crew wore these aprons.

The next year (the 1989 Convention in Philadelphia) was the first time the registration crew was referred to as the “Red Aprons.” This year marked the first where Schmid led the group. The former head coach at Springfield College became the de facto “chairperson” by virtue of coaching several of the crew in college. Joining the crew was Miller “Bugs” Bugliari, who was considered a Red Apron but whose primary assignment was exhibitor registration. The group remained at eight until 1991 with the addition of Joe Bean.

“The key was that nobody even noticed the volunteers working until they acquired their red aprons,” Cochrane said. “It had evolved that if the hired registration workers could not answer certain questions or handle a particular item, they would send registrants to talk to the volunteer Red Aprons.”

Over the past 30 years, the group has grown with long-time association members being added as needed. Among those who have been a part of this esteemed crew include Walter Bahr, Ray Cieplik, Bill Holleman, Tim Schum, Jeff Vennell, and Jay Engeln. Following this second wave were Rob Robinson, Roy Gordon, Janet Rayfield, Peter Gooding, Al Albert, Louise Waxler, Ralph Polson and George Perry. The Red Aprons truly represent some of the most honored members of the United Soccer Coaches.

“All of a sudden the Red Apron Group became more of a legacy,” Cochrane said. “It all evolved accidentally. We were just a group of volunteers. The miracle of the whole evolution was the discovery of the red aprons in a closet at the convention in Crystal City.” 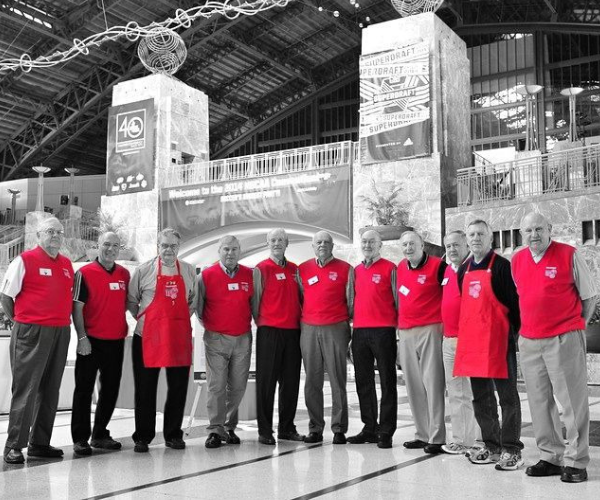 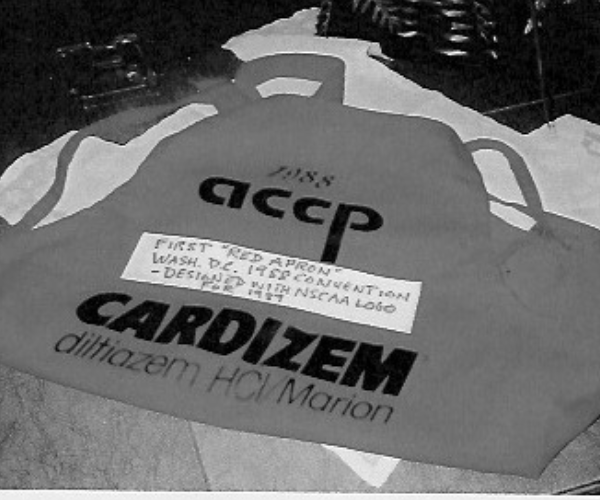 The original Red Apron from the 1988 Convention in Washington, D.C. 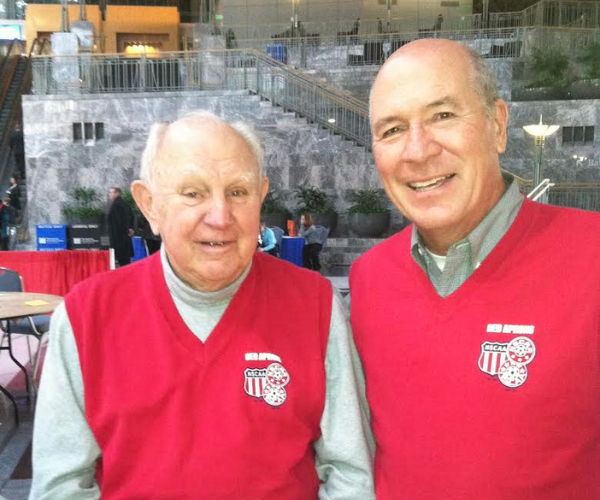 Walter Bahr and Jay Engeln at the 2014 Convention in Philadelphia 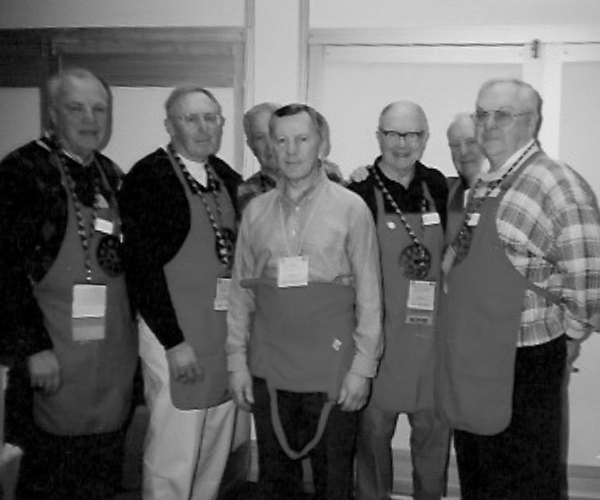 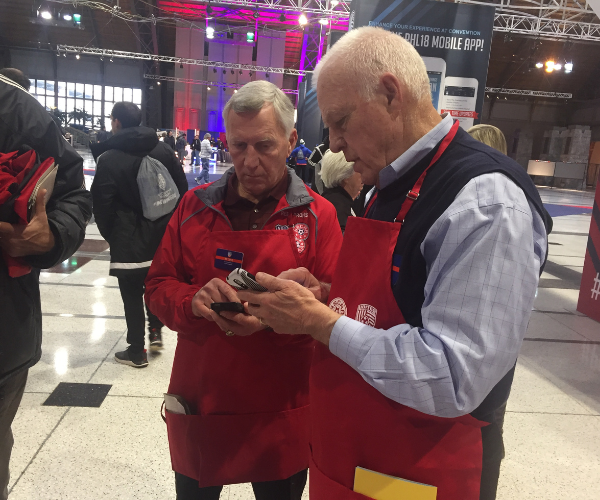 Ray Cieplik and Joe Bean at the 2018 Convention in Philadelphia 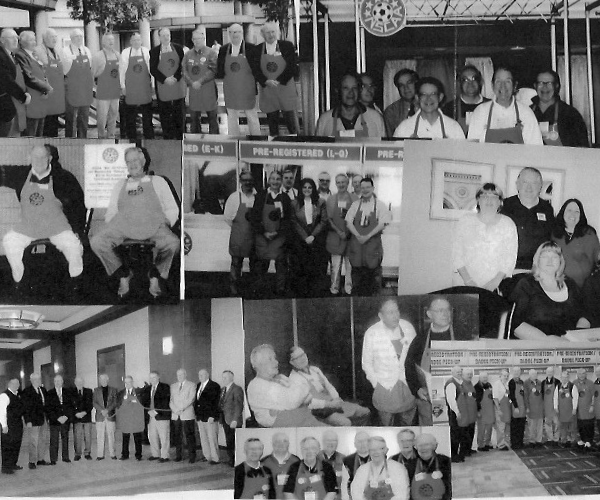 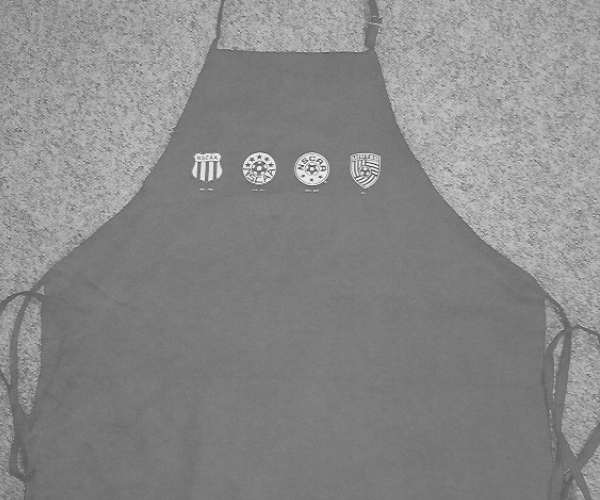