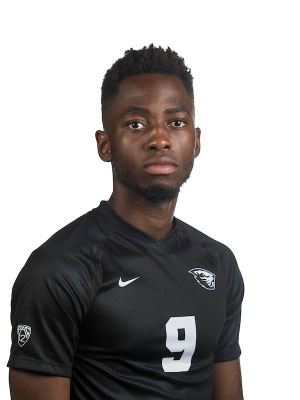 Oregon StateJunior | ForwardAll-Pac-12 First Team honoree … Top Drawer Soccer’s No. 1 upperclassmen in the nation … Nation’s leader in both goals and points with 15 and 37, respectively … Is two goals short of Oregon State’s single-season record, despite the Beavers playing just 13 matches in the regular season … Set the OSU single-season record for points … Is among the top-10 in Oregon State history for single-season goals, career goals, season points, season game-winning goals, career game-winning goals, single-season points and career points … Has the most points by a Pac-12 player since 2011 … Three-time Top Drawer Soccer Team of the Week honoree this season … Earned Top Drawer Soccer, College Soccer News and United Soccer Coaches National Player of the Week honors on Feb. 16 … Finished the regular season second in the Pac-12 in assists … Has a total of 25 goals and 11 assists in his three seasons with the Beavers. 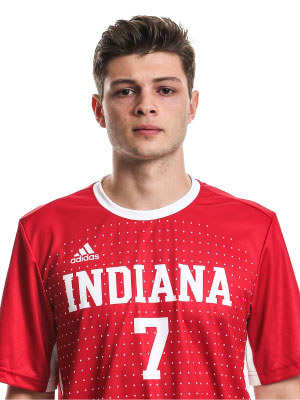 IndianaSophomore | ForwardVictor Bezerra has racked up the individual accolades throughout his sophomore campaign. He was named both the Big Ten Offensive Player of the Year and Big Ten Offensive Player of the Tournament. The striker has tallied 11 goals in 11 games played (10 starts) and three assists to lead the Hoosiers with 25 total points. He leads the team with four game-winning goals and has notched at least one goal or one assist in eight-straight matches (10-of-11 this season). 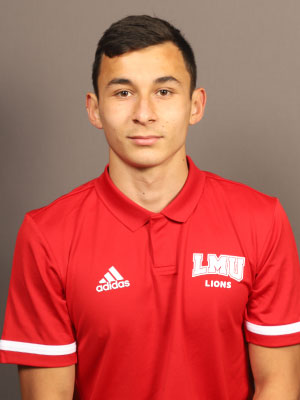 Loyola MarymountSophomore | MidfielderCaliskan became the first Lion, and second overall, to be named the West Coast Conference Offensive Player of the Year (previously “Player of the Year”) since former MLS player Arturo Torres shared honors in 2000. He appeared and started in all eight games for the Lions and saw 760 minutes of action on the pitch averaging 1.12 points per match, good for second among conference leaders. In WCC play, the sophomore midfielder accumulated three goals on 19 shots with three assists in eight matches for LMU. Caliskan wrapped up the regular season in impressive fashion scoring two goals in the final two minutes in a road win at No. 23 Saint Mary’s to secure the outright WCC title. 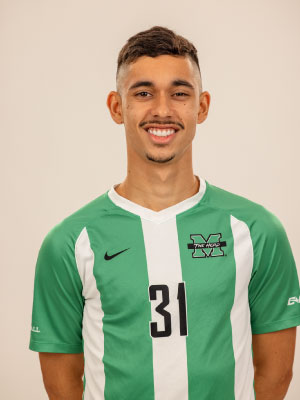 MarshallJunior | MidfielderDias stepped up tremendously for Marshall in his second year in Huntington. After not being named to any All-Conference teams in 2019, the junior was selected as the Conference USA Player of the Year, Offensive MVP, Co-Midfielder of the Year and was named to the All-C-USA First Team. Dias finished the regular season as the Herd’s leader in goals with six and points with 15. The Brasilia, Brazil, native also led the conference in points, and tied for the lead in points per game (1.50) and goals. Dias started the season on fire with two goals and two assists against WVU Tech, then two days later credited with the game-winning goal against ETSU. He was named C-USA Offensive Player of the Week for his efforts. Dias scored another goal at Akron and then both of Marshall’s goals in a 2-0 win over South Carolina to start conference play. Dias has excellent ball-handling skills and smooth moves. Dias has 18 total shots with 11 on goal and six resulting in scores. 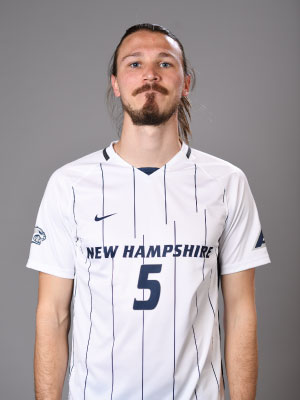 New HampshireSenior | DefenderHansen was named the America East Defender of the Year and to the All-Conference First Team in his first season as a Wildcat. He anchored a defense that only allowed eight goals all season and the team’s 0.778 goals against average is 29th in the nation. He has also led the team to being ranked second in the league in goals allowed and goals against average. The Wildcats went 8-1-1 this season setting a school record with a .850 winning percentage and they earned their highest national ranking in program history at No. 10. 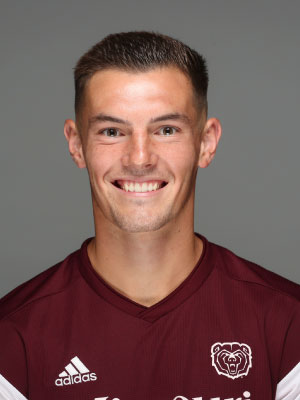 Missouri StateSenior | DefenderKyle Hiebert has added another excellent season to his illustrious four-year career with Missouri State. He has started all 12 matches of the 2021 season to extend his overall streak to 66 consecutive starts in the Bears backline and has played a key role in guiding Missouri State to an 11-1-0 record and its second straight NCAA Tournament appearance. Hiebert was named Missouri Valley Conference Defensive Player of the Year for the second consecutive season after helping the MSU defense to post six shutouts and register a .662 goals against average. He scored his first points of the season on a goal versus Creighton and, later, chipped in an assist at Loyola. His impressive list of 2021 accolades also includes All-MVC First Team, MVC All-Tournament Team, and MVC Defensive Player of the Week (March 16). The three-time CoSIDA Academic All-American also earned back-to-back MVC Scholar-Athlete of the Year honors and was selected to the MVC Scholar-Athlete First Team for the fourth straight year. 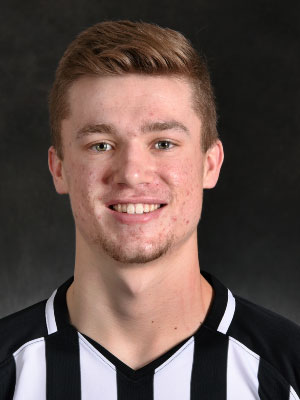 OakandSenior | MidfielderJensen was named 2021 Horizon League Player of the Year and earned All-Horizon League first team honors. He leads the nation in assists (14) and assists per game (1.56) and ranks sixth in the nation while leading the Horizon League in points (22) and third in the country in points per game (2.44). He also ranked third on the team in goals (4) with three coming off penalty kicks. Jensen earned TopDrawerSoccer.com Men’s DI Player of the Week honors and was one of 11 student-athletes named to the TopDrawerSoccer.com Men’s DI Team of the Week after having a hand in all four of Oakland’s goals scoring the game-winner in the 74th minute while assisting on the other three totaling five points in the thrilling 4-3 win over Milwaukee (3/12). He also recorded three assists against Robert Morris (2/4) and at Green Bay (4/5). 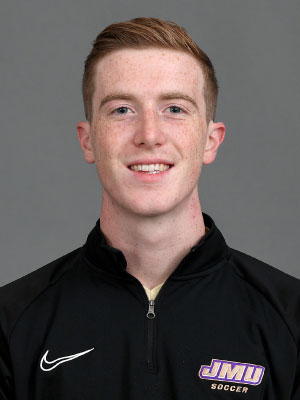 James MadisonSenior | DefenderJudge has been a key part to a James Madison defense that is one of the best in the country. To begin the year he was named a Third Team All-American by TopDrawer Soccer and College Soccer News, and then ended the season by earning All-CAA First Team honors for the second consecutive year as he helped guide the Dukes to their third consecutive conference championship and NCAA Tournament appearance. Judge anchored down a backline that entering the NCAA Tournament had only allowed two goals all season, while shutting out six of the eight teams that JMU has faced including a 2-0 win over then-No. 13 UNCW. Judge’s leadership has aided the team to be the 17th ranked team in the country by United Soccer Coaches and they have only trailed for six minutes and 41 seconds all season. 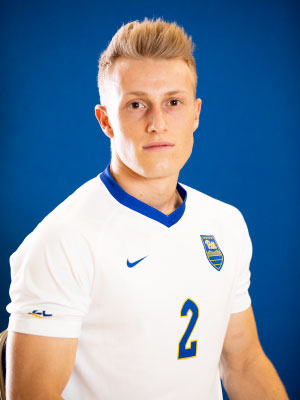 PittsburghSenior | DefenderLöeffelsend immediately made an impact for the Panthers in his first year with the program, cementing himself as one of the best passers in the country. He finished the regular season tied for first in the ACC and sixth nationally with seven assists, while ranking second on the conference in assists per game with 0.47. Löeffelsend’s efforts during the regular season earned him ACC Defensive Player of the Year and All-ACC First Team honors. He had a breakout game at home vs. Virginia Tech, assisting on three Panther goals. The three assists in the contest tied for second in a single game in school history. 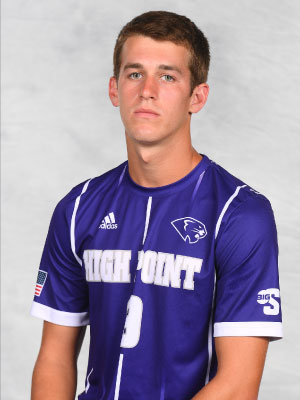 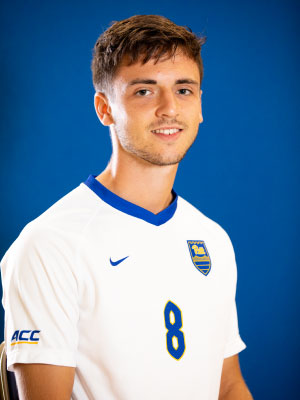 PittsburghSophomore | MidfielderNoel ended the regular season as one of the top goal scorers in the country, finishing first in the Atlantic Coast Conference and third in the nation in total goals (11). His 0.73 goals per game finished first in the conference and 13th nationally, while his 24 points were first in the league and fourth in the nation. Noel registered three games with two or more goals and four games with three or more points. Noel’s regular season stats earned him ACC Offensive Player of the Year and All-ACC First Team. He established a school record for consecutive games played with a goal, scoring at least one goal from Oct. 10 to Nov. 22, shattering the previous record of three games. 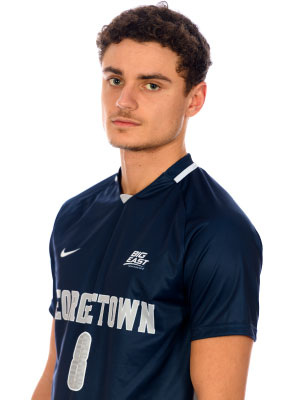 Georgetown Sophomore | MidfielderNamed Big East Conference Midfielder of the Year … A First Team All- Big East selection … Leads the Hoyas in goals with seven as well as points with 16 to his credit … Also tied for the lead in the conference with 1.45 points per game and 0.64 goals per game … Started all 11 games for the Blue & Gray … Has two games winners on the season … Posted three multi-goal games this season … Named to the TopDrawerSoccer.com Team of the Week on 3/1 … Earned BIG EAST weekly honors being the Offensive Player of the Week on 3/1 as well as a nod to the honor roll on 3/8 … Hoyas earned the top seed in the Big East ‘s East Division and advanced to the Big East Championship final. 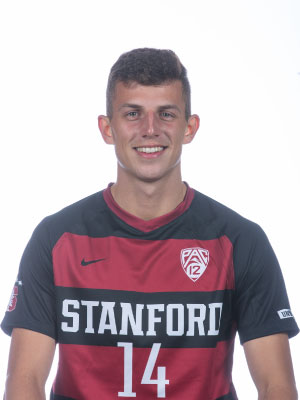 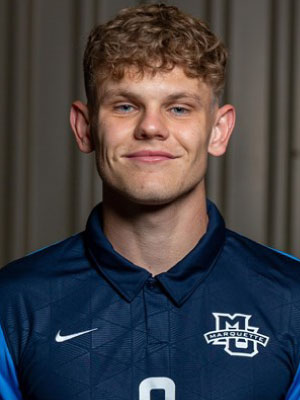 MarquetteJunior | ForwardSunesson has had a breakout season, leading the Golden Eagles in points (14) and goals (6) while helping them earn their first NCAA tournament bid since 2013. Five of his team-leading six goals have come in conference action, including a brace at DePaul and a game-winning goal in overtime to beat Butler. He also scored a game-winning goal in overtime to beat Northern Illinois in non-conference play. In Big East Conference play, Sunesson ranked third in the league with 11 points, scoring five goals with one assist. His five goals and 0.71 goals per game put him at No. 2 in the conference in both categories. He also ranked No. 1 on the team and No. 3 in the conference in points per game (1.57) in league play. 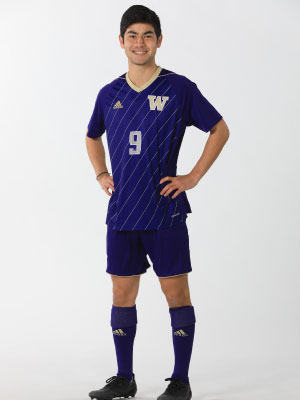